Impeding The Progress of People of Color

Starting with the national Juneteenth holiday, and culminating with Independence Day on July 4th, there are many opportunities for Americans to reflect on freedom and what it means. But one day that should never be overlooked is July 2nd. It is the date that marks the passing of the 1964 Civil Rights Act, the landmark ruling that prohibited discrimination based on race, color, religion, or national origin. Ten years prior, Brown Vs. Board of Education was a monumental victory meant to end segregation in schools.

Through all these well-intentioned actions, there were bumps in the road. Highways, interstates, and freeways here in the metroplex and other major cities across the country have long been used to impede the progress of people of color by both destroying burgeoning communities and limiting access to areas where Black and Brown people were welcomed.

Even many who supported the idea of integration, had problems when it came down to it having an impact on who their neighbors and children’s classmates would be. A huge increase in the number of private schools, white flight, buying homes, and out-pricing unwanted people were ways for White citizens to gain control and slow down the tide of integration. However, it wasn’t only private citizens working to keep areas segregated. The government was involved on many levels as well.

President Biden’s $2 trillion infrastructure improvement plan is aimed at righting some old wrongs. He promises to address the racism ingrained in historical transportation and urban planning, according to a National Public Radio report. It is well-documented that the Federal Aid Highway Act of 1956 was responsible for building highways that ran through Black and Brown communities causing the loss of neighborhoods, homes, schools, churches, and cemeteries. However, inflation has already forced major cutbacks in the original plan. 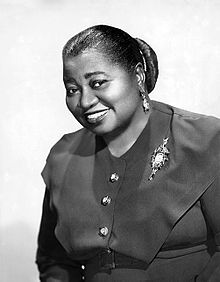 In the 1950s, the West Adams neighborhood in Los Angeles, for example, was a thriving area where many Black people, including celebrities like Academy-Award winner Hattie McDaniel, and singers Ella Fitzgerald and Dinah Washington once lived. But by 1964, the Santa Monica Freeway cut right through the community nicknamed Sugar Hill, destroying dozens of Black-owned homes and businesses.

Boyle Heights, made up of predominately Mexican-Americans, is an area on the East side of Los Angeles that suffered a similar fate. In 1961, the East Los Angeles Interchange that includes US 101 and Interstate 5 bisected much of the community. When this happens, the division rarely uplifts the members of the population who need it most. What many people don’t know was that Boyle Heights also had a large Black community as well.

It’s easy to argue the benefits of improving the highway systems in some of the most populated cities in the nation. But these moves disproportionately target minority communities often resulting in financial and emotional losses.

Many residents of the metroplex can attest to the kind of impact the construction of highways have had on communities inhabited by Black and Brown people.

Here are 5 ways new roads can block progress in communities: 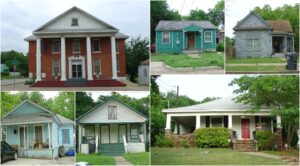 A Freedman’s Town was once located on Tenth Street in Oak Cliff and is now designated a Historic District. Due to segregation, the original habitants of Tenth Street could not go into certain areas of Dallas, so they built their community that included churches, schools, jazz, and blues clubs, doctor’s offices, and other businesses, all Black-owned and operated. In 1956, the construction of Interstate 35 would put an end to most of the businesses in the district.

State Thomas Historic District, near the trendy Uptown area of Dallas, was also once a Freedman’s Town. Following the construction of many railroads in the 1800s, the neighborhood drew African-Americans who had limited access to housing in many other areas in the city due to segregation. As wealthier Whites, whose neighborhoods were separated from the Black neighborhoods by Hall Street, began to move to Highland Park, many of their homes were left vacant. Some were purchased by Black people and a diverse community was born made up of African-Americans from various socio-economic backgrounds, with professionals, blue-collar workers, and lower-income residents living on the same blocks. Some of its most notable residents included architect William Sidney Pittman and one of the first African-American female dentists, Ollie Louise Bryan. But in the 1940s, U.S. Highway 75 bisected the area. When Black people gained the right to move to other areas of Dallas, State Thomas went downhill fast. Whites returned to the area, however, and the African-Americans who were left behind were eventually priced out. 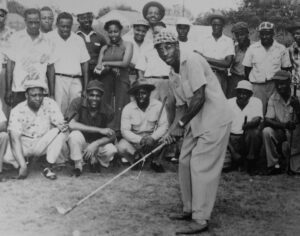 Elm Thicket, another Freedman’s community nestled in North Dallas included Hilliard Memorial Golf Course, the first Black municipal golf course in the south. Opened in 1950, the pride of the community was shut down when the land was taken back in 1954 for the expansion of the Dallas Love Field Airport.

While roads and highways can be used to connect us, they also disconnect and separate us. Highways and tollways allow commuters to drive above and around certain neighborhoods, ignoring their rich history and problems that plague them. White flight was a real problem, but the Black middle class also causes huge economic gaps in neighborhoods when they move out. As African-Americans seek safer areas and better schools, they often leave behind the underserved aiding in decreased home value, and the cycle continues. Eventually, those remaining are priced out of the neighborhood giving way to gentrification.

Elm Thicket, known for its beautiful cottage-style homes, is still a vibrant community but even today its second-, third-, and even fourth-generation citizens are battling builders and developers who are trying to bring about unwanted changes.

There are several books, documentaries, and studies that tell the stories of forgotten neighborhoods in Dallas, thanks to museums, universities, professional historians, and families who are passionate about preserving the memories of Black Dallas for students, tourists, and the offspring of those who lived there. We can share those stories with others too.

Here are some resources:

Remember, as you travel on any of the metroplex’s highways, byways, toll roads, or streets, if you happen to be involved in a truck or car wreck, The Law Offices of Houston M. Smith, P.C. is here to serve you 24-7. Call 945-468-7866/ 945-HOU-STON. Make sure to check out other great articles about Dallas/Ft. Worth in the community section of our website, www.GetRightLawyers.com.

The first Black people to live in Oak Cliff, a portion of Dallas, were enslaved. Settlers like William H. Hord brought them here to work the land. It is now called the Tenth Street District. After the Civil War, Black people settled here and it became known as a Freedman's town. pic.twitter.com/Wf2k2jjgKR