How to Get a Free Ride to the Polls in Dallas/Ft. Worth

How to Get a Free Ride to the Polls in Dallas/Ft. Worth 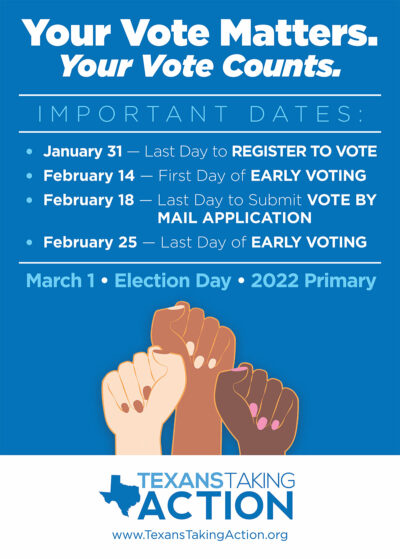 Early voting has begun here in the Metroplex, and “The Get Right Lawyers” are teaming up with Texans Taking Action to give you a free ride to the polls — to make sure your voice is heard. As one of Dallas/Ft. Worth’s top Black law firms, The Law Offices of Houston M. Smith, P.C, is borrowing a page from the Civil Rights playbook and using our resources to make a difference in our community. To get a free ride to the polls, all you have to do is call our office at 945-HOU-STON and ask for your free Lift to the Polls Lyft code. Our Lift to the Polls program runs from now until Election Day on March 1, 2022.

We believe that our “Lift to the Polls” program, not only provides our community with a ride to their voting location, but also encourages and motivates voters to participate in every local, state, and national election. But it all starts with getting there and that is something we are proud to be a part of.

There is a long history of ridesharing in our community. Ridesharing played a crucial role in the legendary Montgomery, Alabama Bus Boycott in 1955. African Americans worked together to form an elaborate carpool operation to shut down the segregated bus system that forced Black people to sit in the back of buses and give up their seats to white passengers.

Because of the successful efforts of those with cars to provide transportation for those without, African Americans were still able to commute to work, school, and take care of business, without losing their dignity. They no longer had to rely on the Montgomery bus line, and because Blacks made up 75 percent of Montgomery bus riders, they were able to use their power to make their voices heard and demand a much-needed change.

When The Law Offices of Houston M. Smith, P.C. realized that transportation issues have beenkeeping a large number of Dallas residents from getting to the polls, the law firm sprung into action and developed a plan to make sure that no one is left behind. Giving folks a needed “Lift to the Polls” is a way to empower people who might otherwise miss out on an opportunity to exercise their right to vote.

Some people might think online ride and home-sharing services like Lyft and Airbnb are concepts that were conceived in the late 2000s. But for African Americans, car and home-sharing have played vital roles in our history. 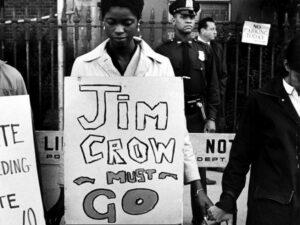 Due to segregation throughout the country and Jim Crow Laws practiced in the South, there was a time when African Americans were banned from many hotels, motels, bars, and restaurants. Black motorists vacationing or visiting family, as well as famous entertainers, depended on designated Black hotels, home dwellers, and businesses to house them and offer other accommodations they could not get on the white sides of town.

Green Book, the 2018 film drama set in 1962, gave us a glimpse of what a Black pianist being driven by a white chauffeur had to endure as they traveled from New York, through the Midwest, and to the Deep South and back. The pair relied on The Negro Motorist Green Book to find hotels, restaurants, and gas stations that would serve them.

The actual Green Book guide was first published by Black U.S. postal employee Victor Green in 1936. The last edition was published in 1964. Sundown towns mandated that Black people be outside the city limits before sunset made “driving while black” very risky business. Not only did the Green Book list safe places for lodging, eating, and shopping, it also provided a service that made reservations for travelers. 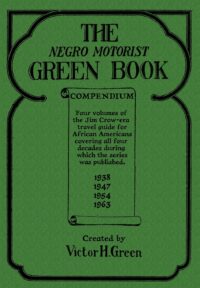 In his soon-to-be-published memoir More Blessed than Lucky, percussionist/ record executive Ron Ellison describes the benefits of boarding in safe places sanctioned by guides like the Green Book.

“Instead of hotels and motels where we weren’t welcome, we boarded with Black people who loved us and more importantly had respect for us. Black people were working together like they never have to give us nice, clean places to stay, feed us good food and provide transportation for us while we were in town to perform.”

If it had not been for individuals pulling together to meet this demand, many Black performers would have missed the chance to support those Black businesses.

So this Election Day, if you need transportation to the polls, call our offices at 945-HOU-STON and ask for your free Lyft code. We’re in this together.