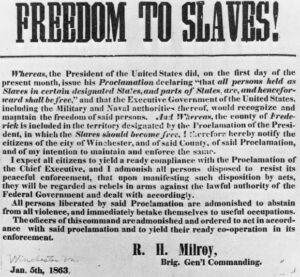 Juneteenth is short for “June Nineteenth,” and marks the day when federal troops arrived in Galveston, TX in 1865 to take control of the state and ensure that all enslaved people be freed. However, their arrival came a full two and a half years after the signing of the Emancipation Proclamation. Thus, Juneteenth honors the end to slavery in the United States and is considered the longest-running African American holiday – only to become an official federal holiday on June 17, 2021. With General Gordon Granger’s arrival in Galveston, after the close of the war, that June in 1865 signaled freedom for Texas’ 250,000 enslaved people. As the story goes, emancipation wasn’t instantaneous. It was an elongated process given that many enslavers withheld the information until after harvest season. As they became privy to the announcement, celebrations broke out among newly freed slaves, voila… Juneteenth was born.

Juneteenth, referred to also as: Juneteenth National Independence Day, a.k.a., Emancipation Day, a.k.a., Freedom Day, Jubilee Day, Black Independence Day, and Juneteenth Independence Day – was clearly taken very seriously by its massive number of African Americans. Historically, the festivities that surround this ongoing celebration are many. They included, religious services, readings, inspirational speeches, stories from formerly enslaved people, games and contests, prayer services, rodeo events, baseball, singing, and of course, feasting. Certain that it comes as no surprise that music was an important part of enslaved people, early celebrations always included Afro-jazz, blues, and worship music, a critical part of these festivities. The hymn, “Lift Every Voice” was of particular significance, composed by James Weldon Johnson in 1905.

Clothing was an important feature of these celebrations as well. Formerly enslaved people were inclined to bring distinction to their lives in captivity and their lives as free, so the need to express this was essential. One way to do this was to wear bright and lively clothing, contrasting what they were able to do as enslaved. In honor of their ancestors, Black Americans donned colors that spoke to Africa and their struggle for freedom; black, green, and red, the colors of the Pan-African flag grew common. As well as red, white, and blue representing the American flag and the Juneteenth flag.

While all these elements of Juneteenth hold significant value and have clearly framed the culture, we want to round these thoughts out with a look at the thing that universally brings people together. Delicious food and drink are the catalyst. When you think about it, food and music, but mostly food, is the one thing that knits our world together so uniquely. Juneteenth comes with many of the same attributes, from this perspective, as the 4th of July. Central to this celebration are bar-b-que, black-eyed peas, yams, collard greens, strawberry soda, hibiscus punch, sweet juicy watermelon and last but definitely not least, red velvet cake. Now by no means is this an exhaustive list of the delectable eats and treats that will be partaken of, but it is a great start and one that will bring thought to those who plan to turn-up or turn out for the occasion.

More importantly, as you give thought to how and if you plan to celebrate during this season, please make a point to entrust yourselves and your families to safe and responsible environments. Also, if at all possible, take a moment to acknowledge those ancestors who suffered and gave of their lives, their stories and their legacies justifying this celebration that lives on to this day and hopefully, beyond.

JUNETEENTH CELEBRATIONS AROUND AND ABOUT THE DALLAS AREA

Juneteenth Celebration of Freedom and Diversity

For those of you who are theater and symphony enthusiast, the Dallas Symphony Orchestra concert, under the direction of Jeff Tyzik, is an event you’ll want to calendar. Vocalists Kearstin Piper Brown and Kevin Deas will perform spirituals including “Ride On, King Jesus” and “Lift Every Voice and Sing.”- June 18th & 19th at 7:30p and June 20th at 2:30p at Meyerson Symphony Center. For more detail, visit Dallas Symphony Orchestra Concert.

This longtime Denton tradition bolsters a two-day Jubilee at Fred Moore Park. June 18th features a Gospel Night with live performances in the evening. June 19th is an all-day affair, highlighting softball and basketball tournaments, a Juneteenth parade, children’s activities, and food vendors. If this peaks your fancy, just follow the link for more information.

This festival will curate exhibits on Negro League Baseball and the evolution of Black Beauty Culture. The young ones will be entertained in the Kids Zone. There will be food vendors and a health and wellness expo providing Covid-19 vaccinations by Walmart. The morning kicks-off with a Juneteenth March, departing from William Blair, Jr. Park at 10:00a. ending at Fair Park just in time for the (free) festivities at 11:00a. Visit fairpark.org for more detailed information.

Juneteenth at the African American Museum

While you’re on the Fair Park grounds, you can even stroll on over to the museum for a traditional bar-b-que and red soda water on the courtyard – June 19th from noon to 5:00p. Take a tour of the free gallery exhibitions, a steel drum performance and music by Clover the Violinist, as well as a gallery scavenger hunt for the kids. The museum will offer streaming tours on Facebook, June 18th at 2:00p.

Juneteenth at the Village

If nostalgia is your thing, prepare to step back in time at Historic Dallas Heritage Village at Old City Park. The day will bring with it, special talks about the history of this holiday, a film by Soul Rep Theatre presenting a story about Harriet Mason who learned of her freedom while standing in the dining room of Gano Farmstead – a building that currently stands in the village. This event takes place June 19th from 10:00a-4:00p.

Unfortunately the possibility of a car or truck wreck comes with any celebratory weekend, and Juneteenth is no exception. The Law Offices of Houston M. Smith is here to serve you 24/7, nights or weekend if you are ever in a serious accident. 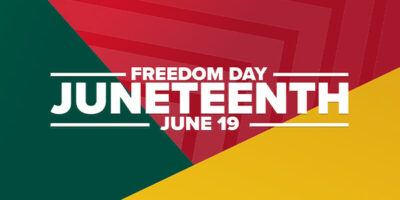